The Department for Transport has published its National Bus Strategy for England and it requires all local transport authorities to produce a bus service improvement plan (BSIP). The plan contains a welcome recognition of the importance of buses in wider climate change and decarbonisation strategies.

There is clear evidence that [buses] can be made attractive enough to draw people away from their cars.
Bus Back Better: National Bus Strategy for England, DfT.

Buses can and must be a central component in any transport decarbonisation strategy and in this short article I set out how we can maximise the contribution of bus service improvements to decarbonisation objectives. We can have a superb, best practice, German, Swedish and Swiss standard of highly integrated public transport services but only if we explicitly commit to best practice and follow that with long-term funding commitments.

Sadly many of us involved in sustainable transport, traffic reduction and modal shift from car to bus are justified in being sceptical about any government statement about bus support.  We have been here before. This was a 1999 government statement of support for buses.

The UK Government’s policy plans for public bus transport … show the Government’s commitment to improve mobility and enhance the quality of life for all. The main policy changes are: (1) a new framework for local authority influence over buses, where a more strategic view of local public transport provision will be taken by local authorities preparing new local transport plans and strategies; (2) statutory backing for strengthening voluntary Quality Partnerships between local authorities and bus operators; (3) a package of measures to end the deregulation ‘free-for-all’; (4) better provision of bus information and other passenger information about public transport; (5) more joint ticketing; (6) minimum standards for concessionary fares; (7) service frequency enhancements; and (8) the option of bus ‘Quality Contracts’ for area-wide integrated public transport networks.

From Workhouse to Thoroughbred – A Better Role for Bus Travel, Department of the Environment, Transport and the Regions, 1999

The warm words were not translated into action on the ground and bus services and bus funding were reduced.

The current government attitude to transport can be seen in its £27 billion road building programme (RIS2), financial support for car-dependent new housing and electric vehicles and savage cuts to bus support.  There is no evidence at all of a change in mindset on these core spending commitments and rural bus services in particular are in very bad shape with no integration with rail, expensive fares and strong anti-public transport policies e.g.  Shrewsbury bus station is closed on Sundays and bank holidays. 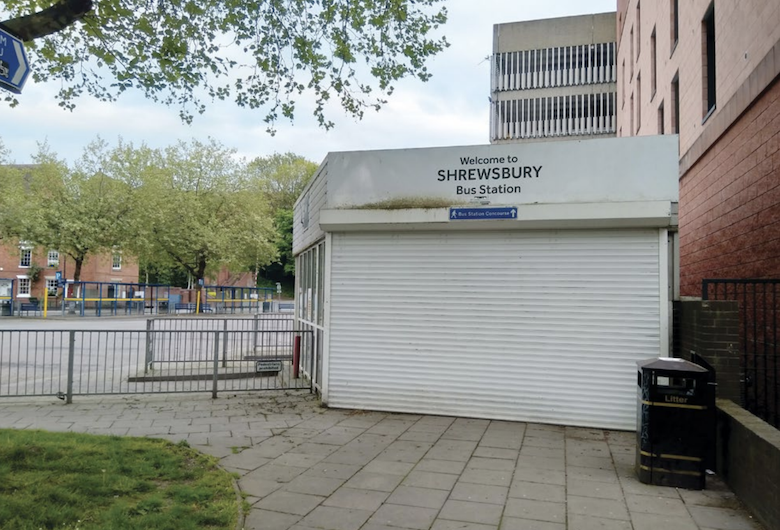 Bus service improvements have a huge potential to deliver reductions in traffic, air pollution and carbon and improve public health and the synergy between all these policy objectives is ignored by central and local government in England.

Things could change and a large number of local transport authorities submitting BSIPs supported by all political parties might just shift things in the right direction. The requirement to produce a BSIP opens up the possibility that things might improve but the really big changes that are needed are unlikely to get the attention they deserve. They are:

The DfT and government ministers are strong on the rhetoric of bus support and decarbonisation but there is no equivalent in the UK of the Swedish and German approaches to providing high quality bus services that are designed to shift car trips to buses and reduce transport carbon.

I have now submitted detailed proposals to Herefordshire Council and Shropshire Council about what should be included in each of their BSIPs. The content of these submissions is very specific about what needs to be done and what must be improved to make full use of much-improved bus services in delivering transport decarbonisation, traffic reduction, congestion reduction and improvements in quality of life.

The submissions are detailed, practical, tangible and checkable.

I am writing this blog whilst living in rural Sweden and we already have the kind of highly integrated and attractive bus service that I am suggesting we should put in place in Shropshire and Herefordshire and more generally in England. It would be very easy for DfT officials and ministers to adopt the same approach in England. I have c20 buses every week day, all connecting with trains, 10 on Saturdays/Sundays/holidays. The first bus is c0600 and the last c2300. A timed 75-minute trip covers any bus and any local train in any combination and costs 37 SEK (Swedish Kroner) which is about £3. The buses and trains are integrated and run by a regional transport authority.

If we are serious about climate change and decarbonising transport we must have the same standard that is accepted as normal in Sweden and no more waffle, vague aspirational commitments that are never delivered and are followed by funding cuts and a declining quality and quantity of buses.

Will we get tangibility, specific improvements, highly integrated and co-ordinated frequent services and checkable outcomes? If not the whole exercise just like the 1999 example will be a waste of time.