In the UK, access to the planning system still broadly works on the ‘Alpha Centauri planning office’ model of public consultation. Citizens either need to read jargon-dominated public notices on lampposts, or take the effort proactively to trawl through old-fashioned council website listings that are hard to use. Things could be done so much better.

Throughout the UK, public street infrastructure fails to meet the standards of the best European cities. Public space is dominated by fast-moving vehicles, rather than being beautiful but practical places that people can enjoy. Streets are often shabby, with potential improvements starved by lack of funds. At the same time, communities increasingly feel left out of decision-making.

A key challenge in many parts of the country is that funding to improve the highway network in our towns and cities is becoming increasingly scarce.

Local authorities are becoming increasingly reliant on developers of new housing and commercial buildings, who could help fund improvements. But, time and time again, opportunities for street improvements are lost because local government is too disparate. Moreover, there is no way for local communities to register future desires in a systematic way.

StreetFocus is aimed at helping solve all these issues. 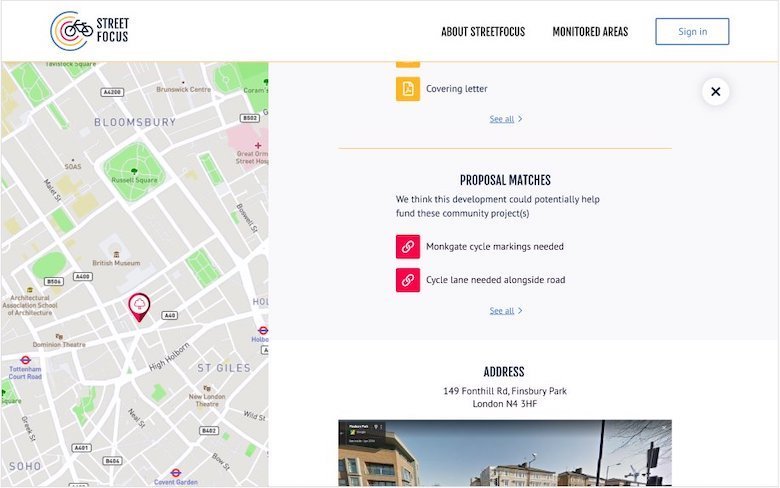 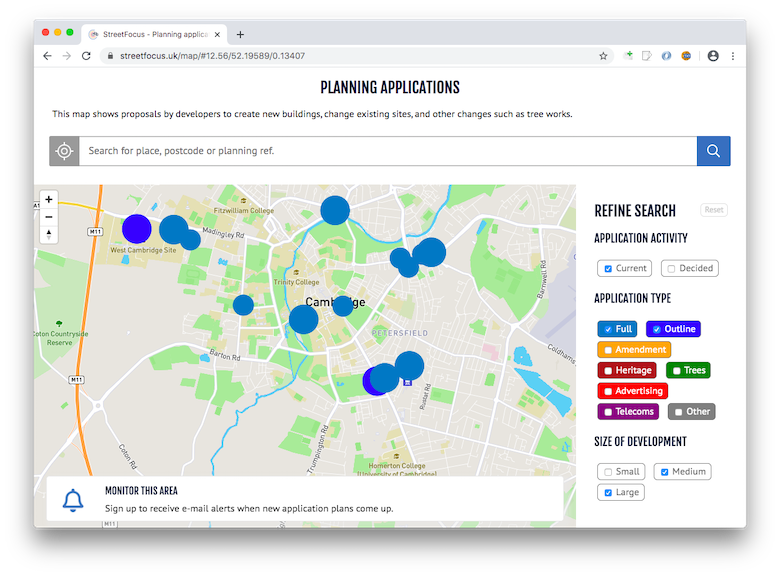 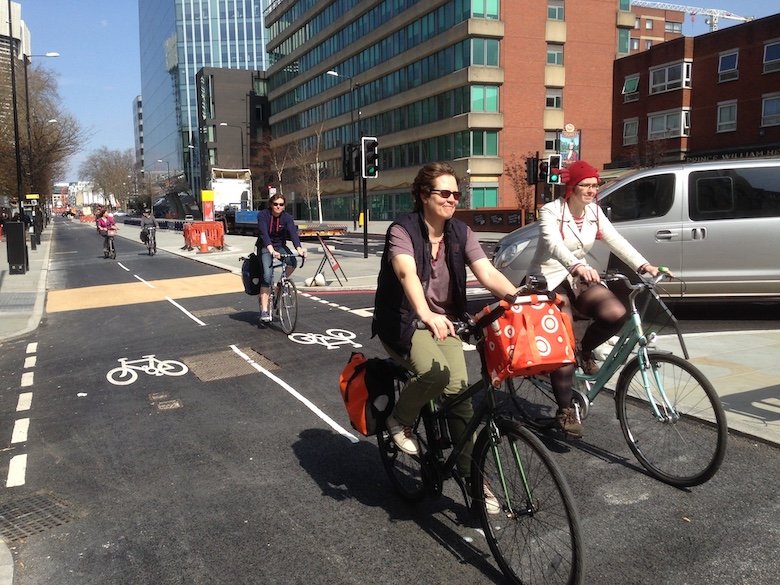 StreetFocus aims to enable local authorities and communities to provide, for the first time, a user-friendly citizen-orientated national interface to planning applications, and which enables local people to achieve improvements to their streets by automatically identifying where desired improvements could be funded by developers, to mutual benefit.

The total project cost for StreetFocus is just over £80,000, predominantly for programming work. Given that even a small scheme for a street crossing can cost almost that much, the system identifying a single such improvement would thus pay for itself in terms of savings of public funds. Yet, it will scale on a national basis, and so many such improvements are likely.